Deadline is a project I designed together with Jodi Chapman for an assignment where we we’re supposed to create a concept for an AR-game. It was gonna be a crime investigator game played throughout an entire city or even state. Players would have to look for clues at a crime scene, talk to witnesses and informants and even meet up with other players to share information with eachother via bluetooth.

We were both acting as game designers and I was solely responsible for the pixel art and UI. 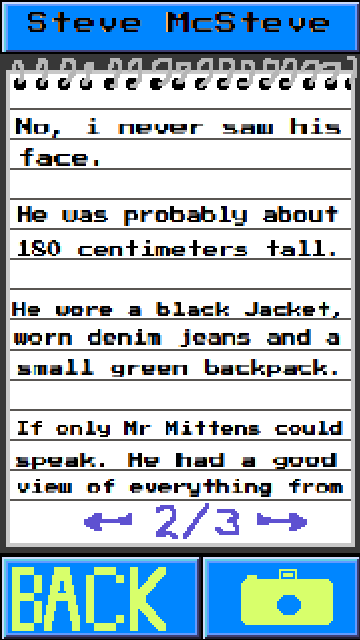 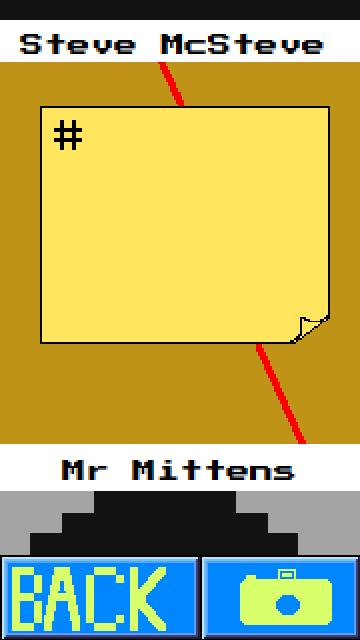 This is the interface used for questioning people and taking notes of their information.

This is the main menu from which you can access all of the games functionalities.

These notes would be used to connect POIs to eachother. Players would be able to put any information they like on these and also share them – either with their group of investigators or online.

In the map interface you’ll find your way to the right places with help of the following icons.

The scene of the crime

This is where the adventure starts

Here players will be able to get some new clues